I Love You Keith Haring 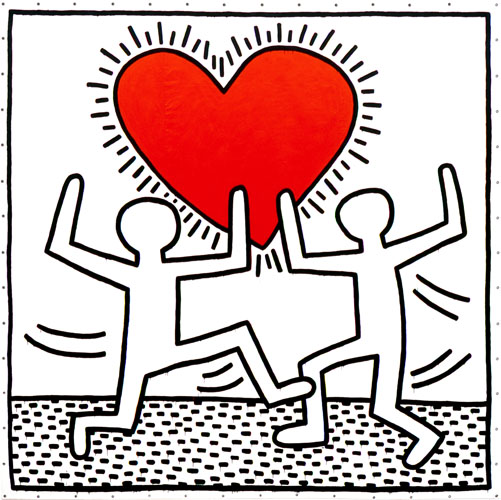 Back in my high school days, I was a funky new wave chick with a mad passion for art, music and fashion. To paint a clearer picture, I would have been the perfect casting choice for “the best friend” of Molly Ringwald & Duckie in the movie “Pretty in Pink”.

I remember wearing my Keith Haring pins on my denim jacket, and a limited edition Keith Haring Swatch Watch that I got as a birthday present from my grandma. I literally wore that watch everyday until it fell apart. Pop art always had a special place in my heart. The bright colors and whimsical attitude just seemed to fit in perfectly with my lifestyle. Andy Warhol was the master and Roy Lichtenstein was a genius, but growing up in the 80’s nobody could come close to Keith Haring. He was the Andy Warhol of my generation.

Throughout his career, Haring devoted much of his time to public works of art including hundreds of white chalk drawings in subway stations and painted murals throughout New York City. He also collaborated on numerous projects with the likes of Madonna, Grace Jones, Yoko Ono and his own mentor Andy Warhol. Though his images had a childlike quality, the messages behind them were anything but. They were deep and relevant to modern day issues. Touching on subjects as serious as drug abuse and AIDS.

Sadly, Haring died way too young of AIDS related complications at 31. His legacy will forever be immortalized through his art.

Last weekend I went with my husband and Max to see the Keith Haring exhibition at The Brooklyn Museum. The exhibit chronicles Haring’s earlier work in NYC including personal sketchbooks and preserved subway chalk drawings. It was amazing to see in person stuff I had only previously seen in books. Plus it was great to watch Max’s reactions to some of the art. Even when he pointed to one painting and started to shout “I see a penis! I see a penis!”  In his defense, he did! Plus I’m pretty sure Keith Haring would have been okay with it. 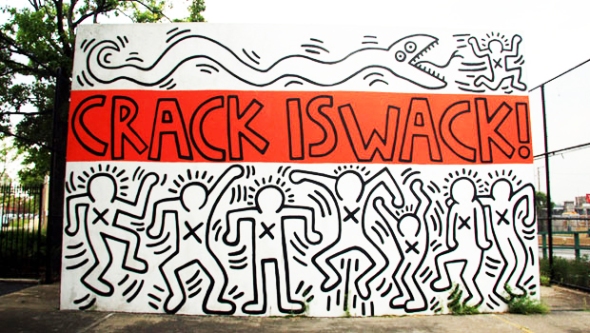 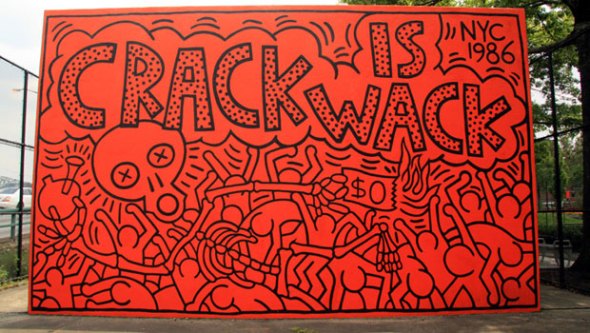 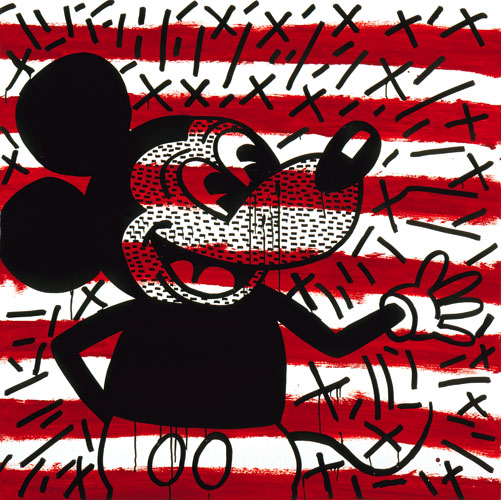 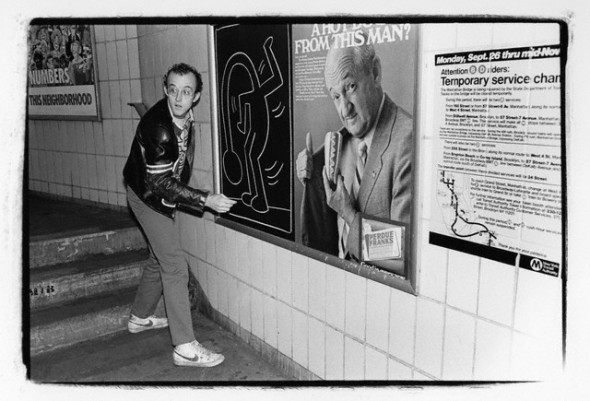 Down in the Subway

SOME COOL KEITH HARING ITEMS YOU CAN PURCHASE: 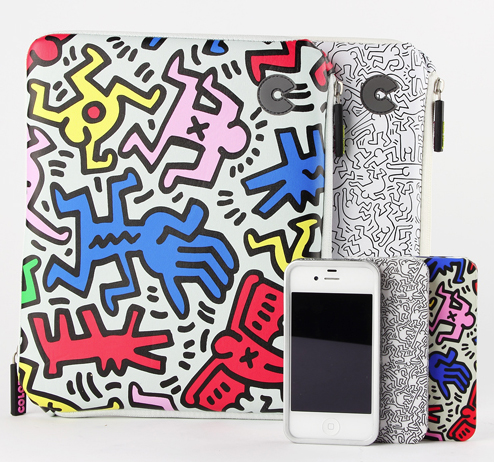 5 Comments on “I Love You Keith Haring”